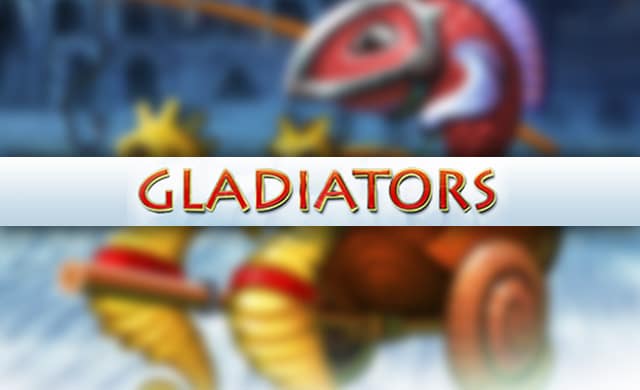 When you see it, you won’t believe it. Endorphina has set the ancient world of gladiators at the bottom of the sea. There, the creatures of the sea will battle it out among themselves to prove who is the fiercest of them all. Watch as the warriors of the underwater arena display their weapon skills and test each other in a deadly game that will award only the most courageous.

Here you will see a variety of fish act as gladiators, fully equipped with various weapons and horse-drawn chariots, a dolphin that will battle fish and the dangerous shark, which is the bonus symbol of the game. You will also be surprised by how easy it is to make wins and winning combos. Basically every other spin is a winning combination, that’s how easily you can make money on this.

The setting is obviously underwater because where else would you put fish and dolphins. The transparent reels house a great number of graphically intricate symbols that don’t just stand there, but feature animations all the time. Each fish and dolphin is equipped with a weapon and displays their skills when you land a winning combination. Same goes for the card suits that will also come to life with a winning combo.

There is not much to say about the sound effects in Gladiators, except that they’re fantastic. This is what you would want to hear when playing a gladiator-themed online casino slot that has an adventurous soundtrack playing in the background all the time, animating you to bet on those bold fish and suits. The music is truly majestic, just like the whole idea for this slot. This is one of the most original online gambling ideas out there.

It is fairly easy to create winning combos in this game if your play with lower-value coins. If you raise the coin value, it will get a bit harder to form those combos, but it will definitely pay off better. Each successful spin will award you with coins which you can then gamble on in the “Take Risk” feature. Here you can either double your wins or lose it all. To win, you have to guess which of the downward-facing cards is higher than the one that is revealed. You can continue this until you fail to guess correctly and the dealer wins.

The Laurel Wreath is the game’s designated Wild symbol and substitutes for all symbols but the Shark, which is the Scatter symbol. This one can award you a number of free spins, depending on how many Sharks you land on the reels:

Following each spin, Gladiators online casino slot will determine a team of winners between the gladiators. Furthermore, during the free spins, each win is multiplied by 2x and each winning team of gladiators receives the laurel wreath and it remains there for the duration of the spins. The laurel wreath is removed when no gladiator lands in its position. 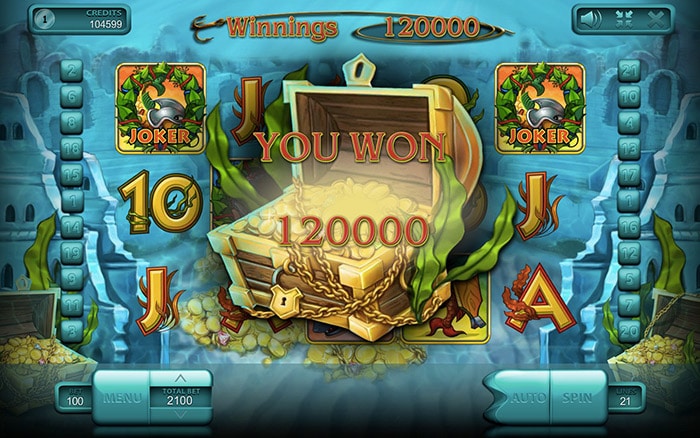 Initially I thought this will be a simple underwater-themed online casino slot with a few gladiator symbols, but this turned out to be much more. This is an original online gambling experience that brings more to the table with each spin and each win. The atmosphere is challenging and fun, and with all the possible wins, this will entertain anyone who feels like a gladiator.

Nowadays we are so used to the vampires being everywhere you look – from...
Games

While there is a sea of sushi-themed online casino slots, none of them can...
Games

The good folks at Endorphina have blessed online casino slot fans with another animal-themed...