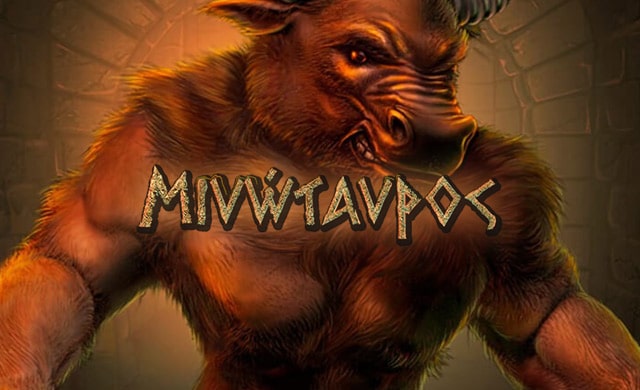 Minotaurus is an intense and fascinating online gambling slot by Endorphina. It is inspired by the Greek mythical monster, the Minotaur, a creature that is part man and part bull, and lurks in labyrinths. It will fascinate with its lavish interface design and the effortless possibility to play it on any desirable mobile device. It has 5 reels, 3 rows, and just 10 fixed paylines, but enough interesting features to hold your attention.

Like most online casino slots and all slots by Endorphina, Minotaurus will take you straight to the action and waste no unnecessary time on intro sequences. You are thrown into the labyrinth where you can face the Minotaur and challenge your own luck with the reels if you’re lucky enough to land some winning combinations. They’re easy to come by depending on the value of the coins. So go for it!

The transparent reels are a great visual treat and give you a view of the rest of the background, which is a traditional Greek setup and the gloomy labyrinth. These will create a thrilling online gambling atmosphere, filled with excitement and dread at the same time.Colorful and distinct graphics speak for themselves and leave not much to imagination, but deliver on every level with great animated sequences and the right choice of color for this setting.

The audio is classic and appropriate for an online casino slot that deals with ancient monsters and heroes. The occasional scary maniacal laughter and gloomy background music make for a great atmosphere that will certainly give fans of horror movies a good time. It really reminds me of the horror video games that feature a multitude of monsters and scary sound effects, creating the perfect mood for such games. 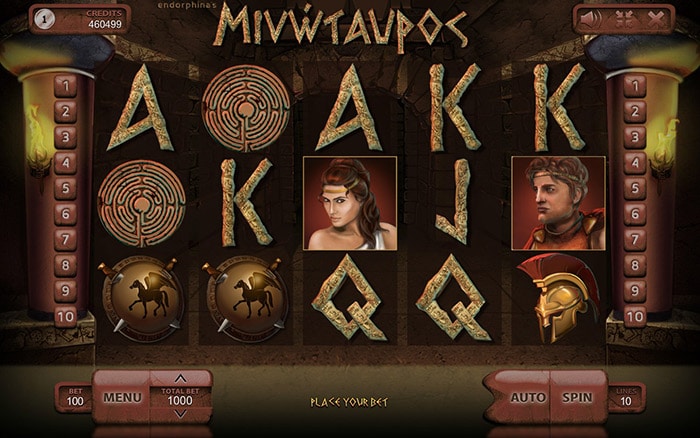 In Minotaurus, the eponymous Minotaur will act as the online slots’ Wild symbol, substituting for all symbols. When it lands on the reels, it will cover the entire reel and activate the re-spin feature. During this bonus feature, wins that land on the reels will be multiplied according to the awarded multiplier.

The value of the multiplier increases with each re-spin that does not land on the win line. The Minotaur will only appear on reels 2, 3 and 4, and if it lands on the 4th reel, it has the highest chances to a big successful payout. It will also end when you make a winning combination.

Minotaurus, like most of Endorphina’s marvelous online casino slots, comes with a gamble feature. In this bonus round, the hero, Theseus, will have to navigate the labyrinth and try not to run across the Minotaur. If he manages to avoid the monster, you will double your wins, if he doesn’t, you lose and go back to the spins. This can be played up to 5 successful wins. 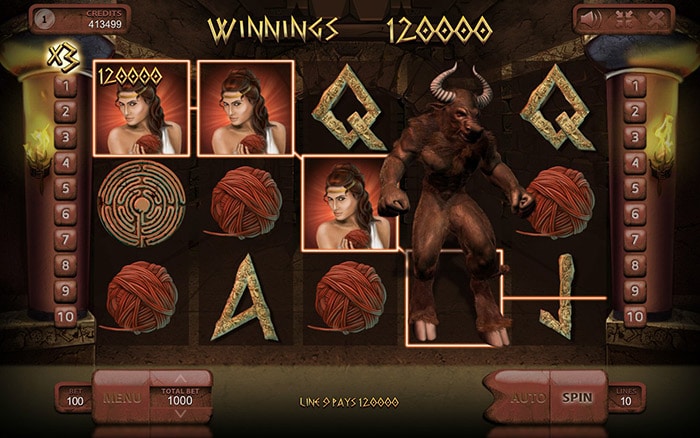 You might not be a hero that defeats monsters in the labyrinth, but nonetheless, the Minotaurus online casino slot should provide enough action and excitement for you to feel like one once you start landing some big wins.

Nowadays we are so used to the vampires being everywhere you look – from...
Games

While there is a sea of sushi-themed online casino slots, none of them can...
Games

The good folks at Endorphina have blessed online casino slot fans with another animal-themed...